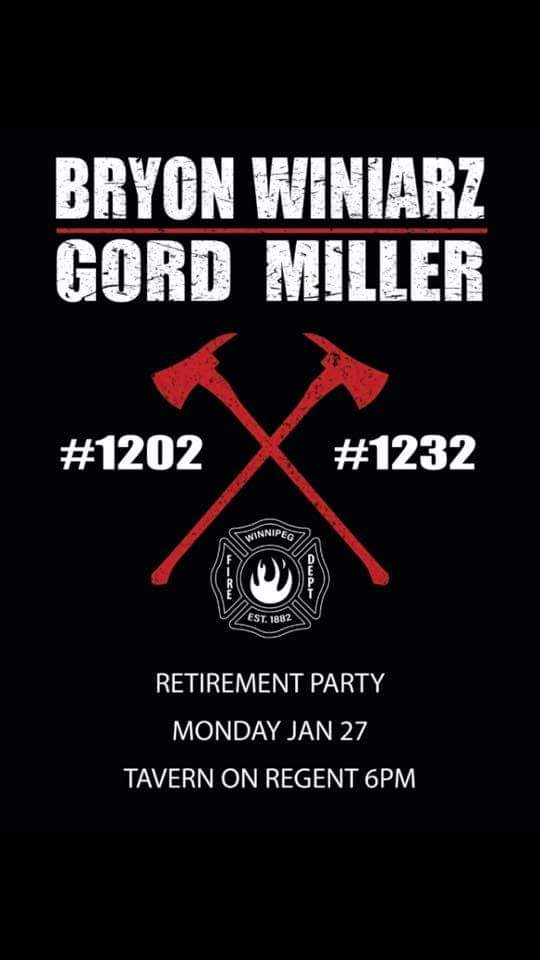 Flags at all Winnipeg Fire Stations will be
flown at half mast on Saturday, Sunday,
and Monday, January 18th, 19th and 20th, in
Ron’s honor! 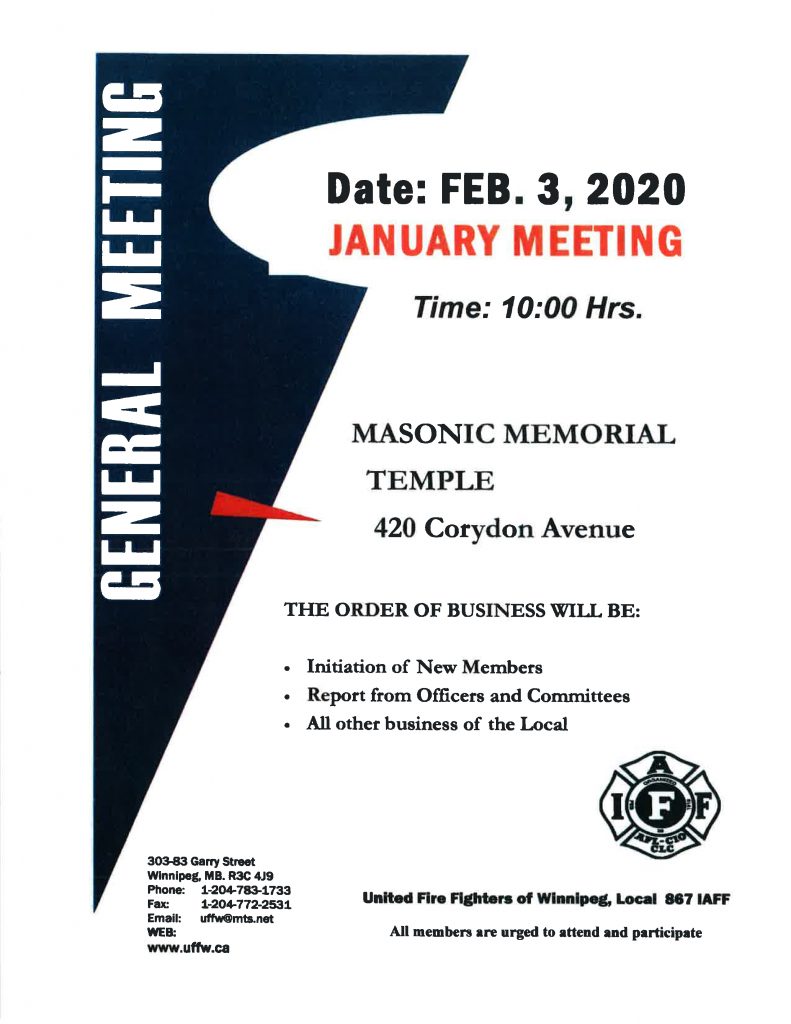 UFFW would like encourage all of our available members to attend & participate in RCMP Constable Allan Poapst’s memorial service this Friday.

All available members are asked to report to the muster point at the RBC Convention Centre in Hall D.

The Royal Canadian Mounted Police came out in large numbers for our own LODD ceremony & procession for Harold & Tom, and we want to show them the same level of solidarity and respect in their time of loss

Reproduction in whole or in part in any form or medium without express written permission is prohibited.
©2020 United Fire Fighters of Winnipeg - Local 867. All rights reserved.