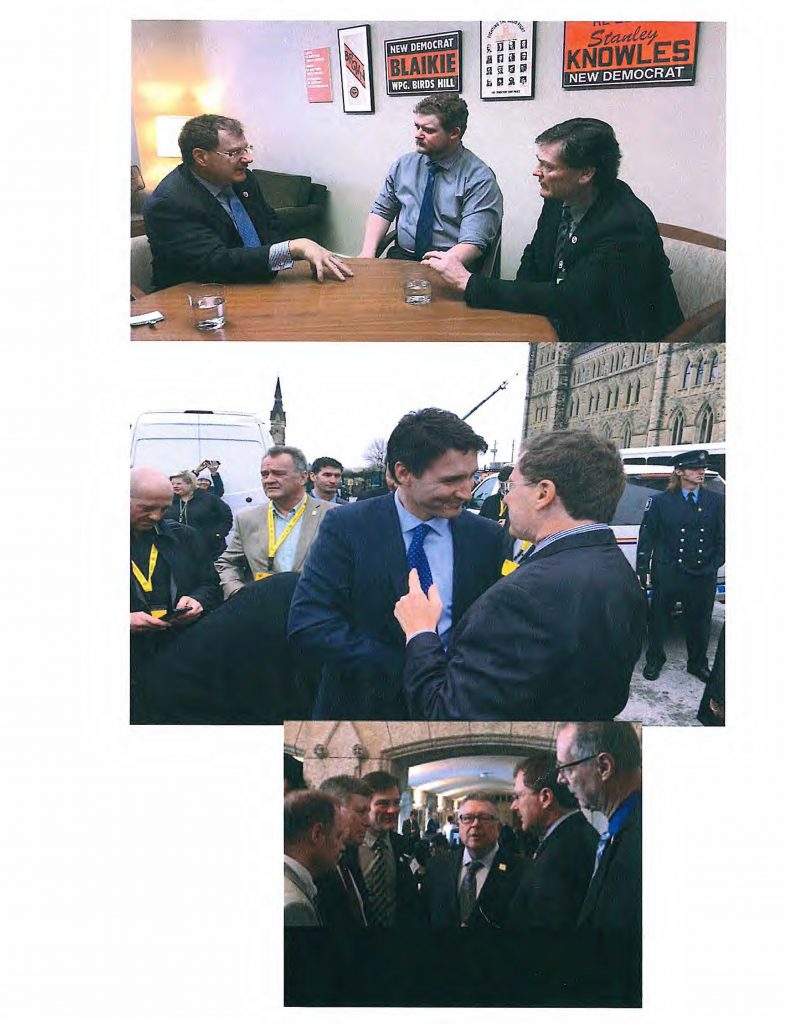 This Conference, along with lobbying efforts, has taken place over the past 24 years, with UFFW members in attendance. President Alex Forrest has been attending every year for 22 years.

The success of this lobby is due to UFFW believing in this issue and never giving up. The financial compensation to the families is estimated to be approximately $300,000.00, and the criteria will be based on Provincial Workmen’s Compensation Board guidelines. This lobby has been supported by members of every political party. As Alex Forrest stated when he spoke to the Prime Minister on our behalf, “never again will one of our members die in the Line of Duty and not be recognized by the Canadian Government for their sacrifice”.

While we are pleased with the recent success of the PSOC Award, our job is never done and we still have a number of issues we are lobbying with the Government of Canada:

1)    The specification of firefighter safety as an objective of the National Building Code of Canada.

2)    A review of the National Building Code of Canada, in conjunction with the International Association of Firefighters, to identify the most urgent safety issues impacting firefighters.

3)    The recognition of firefighters, in their vital role as “first responders”, as an integral part of Canada’s “critical infrastructure”, and as “health care workers” under the Canada Influenza Pandemic Plan, entitled to priority access to vaccines and other drugs in cases of pandemics and other public health emergencies.

Another issue that has jumped to the forefront for firefighters is the issue of Post-Traumatic Stress Disorder (PTSD).  The International Association of Firefighters (IAFF) is calling on the federal government to continue to work towards the timely development of a coordinated National Action Plan for PTSD for first responders.  The IAFF should continue to be a key stakeholder in developing the Plan.

We would also like to pass on a message from many of the Manitoba MP’s, “we thank the many members of UFFW for their political support and many of us were elected because of supporters like the Firefighters”.