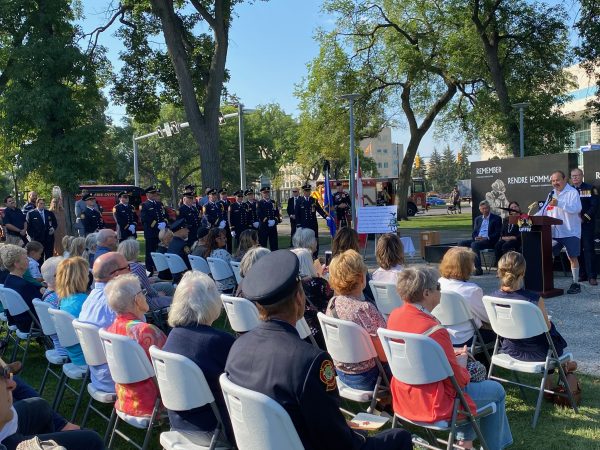 Brothers and Sisters, I am at a complete loss for words…

This past Tuesday September 6th, we unveiled 25 years worth of fund raising, politicking and hard work by many. What I am referring to is the official and ceremonial unveiling of a long-overdue Manitoba Fire Fighters Memorial Wall. These beautiful granite slabs adorned with the likeness of a somber lone Fire Fighter (fittingly modelled by WFD Fire Fighter Ed Wiebe), etched with the names of nearly 120 fallen Manitoba fire fighters who paid the ultimate sacrifice and rounded out nicely with one large fitting word: “Remember”.

The ceremony was wonderful and moving. A beautiful sunny day with approximately  400 professional, volunteer, composite, wildland, airport and military Fire Fighters coming from all across Manitoba. Politicians that helped make this day happen such as Premier Heather Stefanson, former Premier and Canadian ambassador to the United States Gary Doer, and former Winnipeg Mayor Glen Murray were in attendance to speak and to witness the fruit of their collective labor.

There was fire fighters and chiefs from Morris, Morden, Beausejour, Brokenhead, Thompson, Pinawa, Brandon, Portage la Prairie, Plum Coulee and many many others. Not only did these off duty rank and file Fire Fighters make the trip, but most Departments had their Chiefs attend this momentous occasion. These are for the most part paid on call or volunteer departments; not full-time employed administrators. As such, their unpaid time and travel efforts are greatly appreciated and not lost on us here in Winnipeg.

One unfortunate blemish on the day was the noticeable absence of the Chiefs from the two biggest Cities in our Province, Winnipeg and Brandon. Not only were there no Chiefs in attendance, but no Deputies, administration or nearly any representation whatsoever. To be clear, all were invited to attend and given ample notice. Winnipeg had one lone Assistant Chief make the effort to observe, but that’s it.

On several occasions, in my Union capacity I have had the great honor to accompany the families of our fallen to the IAFF memorial in Colorado Springs, Colorado. I have also attended many ceremonies and funerals at these sacred Fire Fighter memorials across North America. Always humbling, emotional and an absolute honour.

I am utterly embarrassed and disappointed in our Department’s administration and City officials. If there was ever any doubt whether  a disconnect exists between the very essence, pride, honor and tradition that bonds us as Fire Fighters  and our leadership, it has been clearly removed with these public actions.

Approximately 100 of the 120 names of the fallen on the wall are Winnipeg Fire Fighters! Their Widows, Sons, Daughters, Grandchildren, friends and neighbours came from out of town, parked far away and proudly joined us for a rare opportunity to recognize and mourn their losses together.

As the piper played a  familiar and mournful rendition of Amazing Grace, I scanned the immense crowd and could not help but wonder where all of our City administrators were.  Especially given the fact that many attendees were volunteers, on their days off, many travelling from hundreds of kilometers away.

Furthermore, at a time that our leadership is forcing workplace culture courses upon us, I dare suggest that an organization’s culture starts with its leaders – both elected and appointed. In this instance, we may question the value our leadership puts on our members’ and their loved ones’ dedication and sacrifice(s).

As I spoke with families of the fallen on Tuesday and tried to answer for our Chiefs and administration’s absence, it hit me: this was not just a missed opportunity, it was a clear and resounding message. 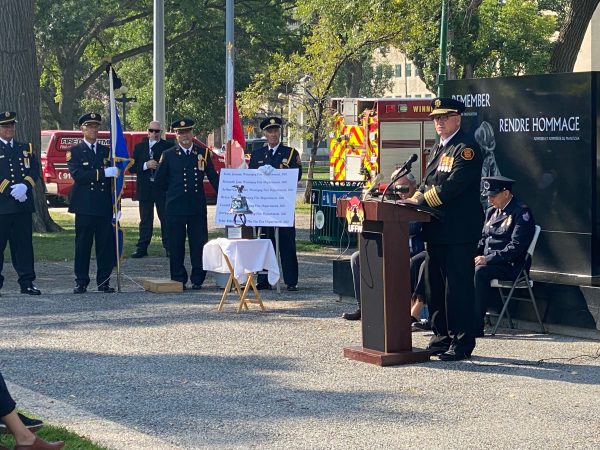 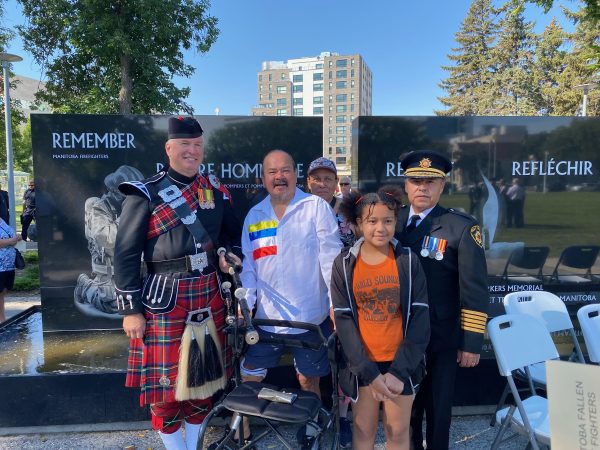 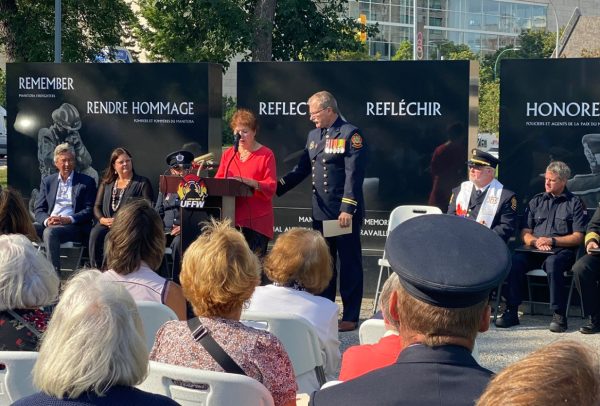 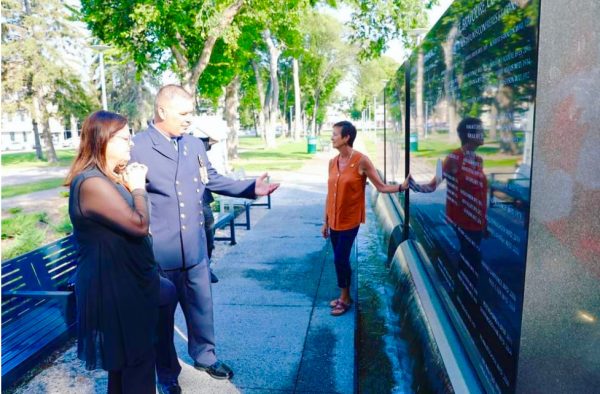