Members of UFFW should be extremely proud of the work that our Local has done to assist Fire Fighters in jurisdictions around the world to lobby their governments for presumptive coverage for occupational cancer.  Most recently we assisted the North West Territories where they were lobbying government officials and the Workers’ Safety and Compensation Committee to improve presumptive legislation for Fire Fighters.

Immediately after the Civic Election President Forrest went to Yellowknife to assist Fire Fighters there with the work that they were doing to lobby for increased coverage for Fire Fighter occupational cancer.  This
assistance was financed by the International Association of Firefighters

As a result of the work that has been done the government of Northwest Territories has made commitments to increase coverage to fourteen cancers and to match the legislation that Manitoba has, which is considered the “gold standard” in presumptive legislation around the world.

Every member of Local 867 should be very proud of the assistance that we have provided to other Locals to help them obtain coverage for occupational disease in line with the Manitoba model.  By assisting others we strengthen our position here in Manitoba.

Please find attached a letter addressed to All Members of the United Fire Fighters of Winnipeg from Kevin Hynes, President of Yellowknife Fire Fighters Association. 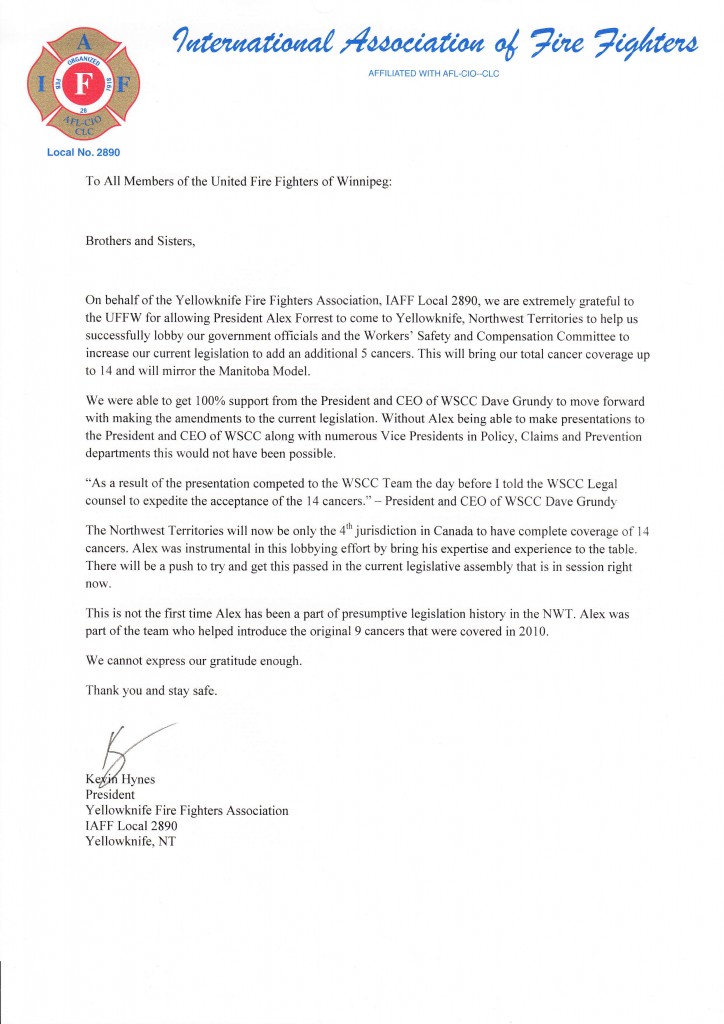