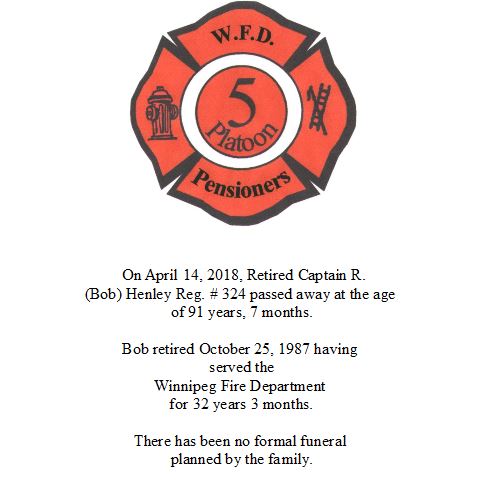 he would have celebrated 63 years membership this September in local 867.

Bob was 5 months shy of his 92 birthday, Bob will be cremated with no service as per his wishes.

We will submit a full obituary for an upcoming Saturday Free Press edition,

Rescue at Winnipeg Cold Storage and Molson Breweries where he and fellow crew members were injured.

Any donations will be referred to this great organization.