The Christmas season has come and gone, but if you look out of your window you wouldn’t know it.  First of all, I would like to thank all of the volunteers who came out to help us on a number of events:  the Santa Clause Parade, Salvation Army Breakfast with Santa and the UFFW Christmas Party to name a few.  These events were a big hit.

This year we had a number of leftover gifts that our members did not pick up, some of these gifts are returned to our supplier and others are given away to charity.  This year the children of Norquay School, in the city’s core area, received gifts from UFFW.  Also, the Little Red Aboriginal Head Start Program had a Merry Christmas courtesy of UFFW.

Speaking of the UFFW Christmas Party, the venue will change for 2014, as the Convention Centre is undergoing renovations.  This year’s party will be held at the Red River Exhibition Park (at the Downs) on Sunday December 14th from 12 noon to 2:30pm.  Official notice will follow later.

July 9th will be the date of the UFFW Picnic, which will once again be held at Tinkertown.  The rain date will be July 16th.  Details to follow.

With 1550 members to look after it is sometimes hard to keep up on everyone, so if you know of any member who is off work for more than two tours, is off on bereavement or had the birth of a child, we would like to know.  You can call our union office at 204-783-1733 or Robert Campbell 204-998-8154 or any Executive Board Member.  Remember, if you are entitled to a floral arrangement or fruit basket you have the option of declining it and instead donating it to a child in the Children’s Hospital.

I hope that 2014 keeps you healthy and well.  If there is anything that the Welfare Committee can help you with please give us a call. 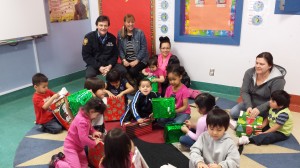 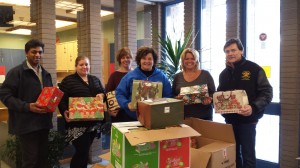