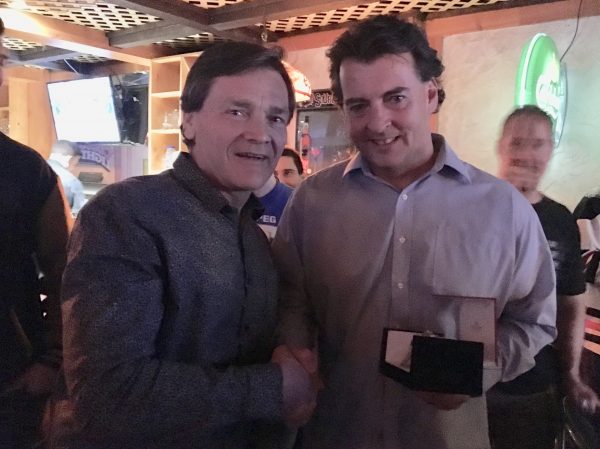 Last night amid the chaos of the White Out, Brother Jim Chrisp (reg # 1391) celebrated his retirement among a large group at the Tavern United.

Captain Chrisp start with the WFD on February 12 1990 and this week is working his last tour after nearly twenty nine years.

We wish Jim all the best as he now transfers to 5 Platoon.