Double basement fire save this morning

Hearing about a tremendous double basement suite rescue this morning at the Agnes st fire.

While a crew was attacking the serious fire on one side of the building, a second crew went in through a basement window where they located the two reported missing people breathing in heavy smoke.

Once inside the smoke filled room, the fire crew moved the victims to a second basement room where they closed the door, broke out another basement window and lifted the victims out to safety. 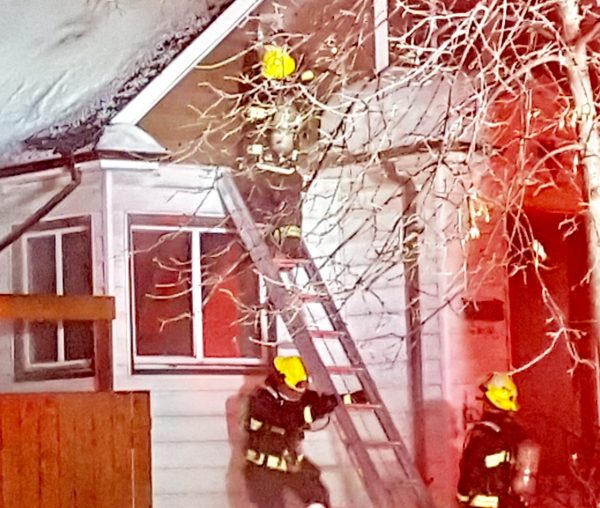 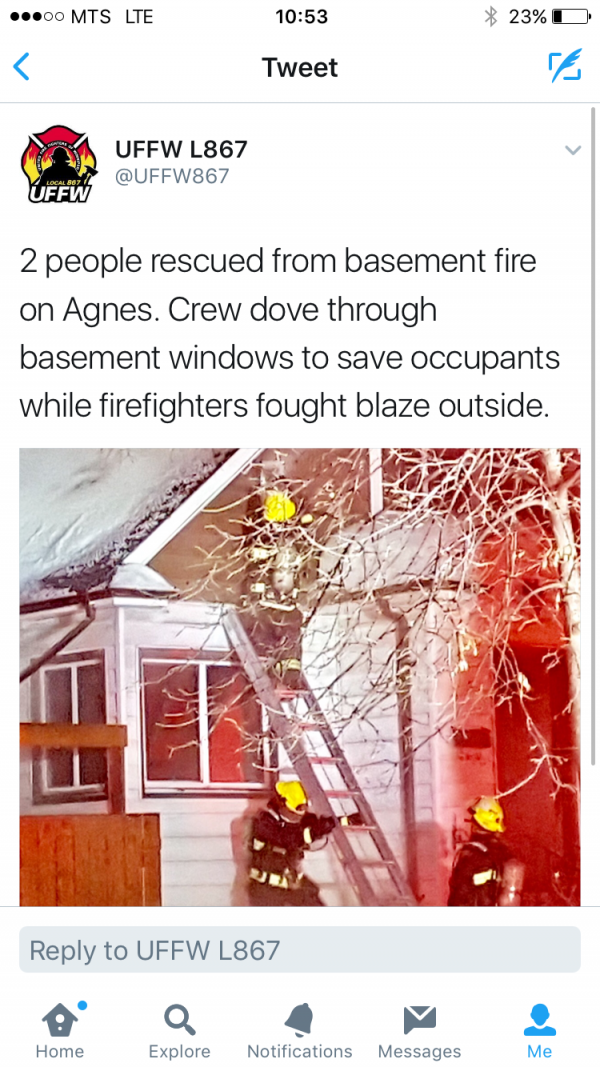