Rick was our first Firefighter covered by Presumptive Cancer Legislation, and he played an important role in helping us achieve this coverage.

Rick was an outspoken lobbyist in both the media & political arena whose testimonials as an occupational cancer patient made an impact with the political decision makers of the day.

The Stoykos’contributions are featured in Alex’s new book discussing Firefighter Presumptive Cancer, and his family was presented with a copy at this morning’s general membership meeting. 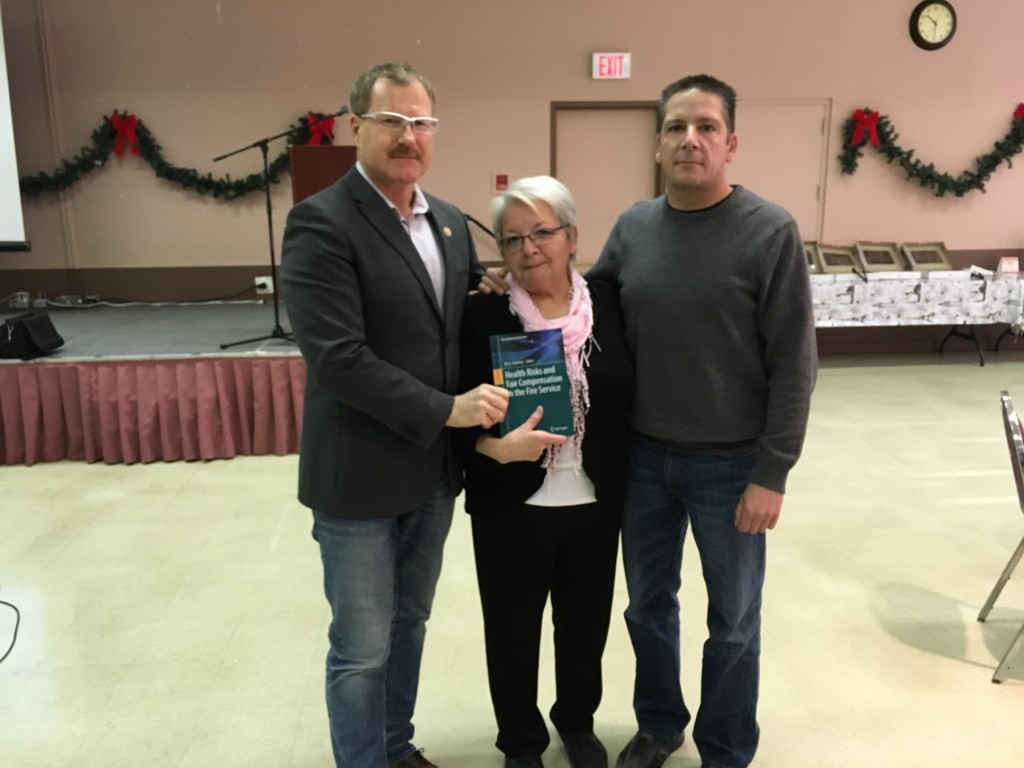