This group of dedicated people are a great example of how our retirees are an active and contributing group of members of the United Firefighters of Winnipeg.

They organize and run a lot of the 5 platoon projects, among them the Honour Guard for funerals, Breakfast With Santa, Toy Mountain, Christmas Parade, and also operate the Salvation Army’s 711 support vehicle when it is dispatched to serious fire incidents and disasters.

This is in addition to the invaluable duties they undertake in spending time at the bedsides of some of our members while in hospital.

The UFFW would like to sincerely thank this dedicated group of firefighters and their families for the many roles they fill every day.

Pictured below along with our valuable support group members are Chief John Lane, UFFW executives Robert Campbell & Chad Swayze, and their significant others. 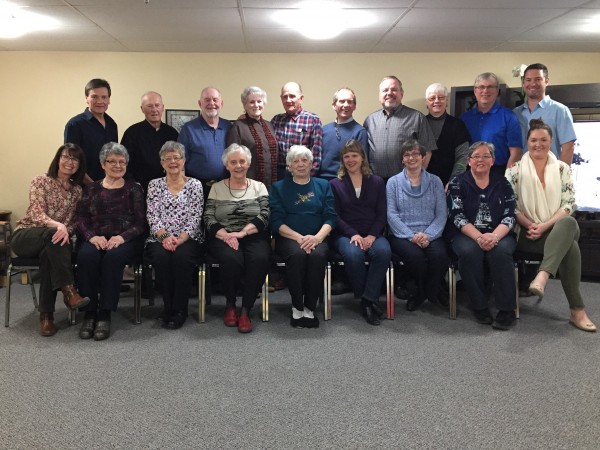