The Cerebral palsy Bike Race happened on Saturday March 8th at the Seven
Oaks Wellness Centre. We entered a full squad of fourteen riders, some
seasoned veterans of both the fire service and the bike race, and a couple
of newbies.

This was the team’s 20th year at the race and our volunteers again did us
all proud by raising in excess of $5185.05 (Some monies are still coming in
thanks to on-line donations.)

During twenty years of participating in the Cerebral Palsy Bike Race close
to two hundred sisters and brothers have ridden for the team in this annual
event and they have pedaled and fundraised a grand total of $65,000.00

The Cerebral palsy Association of Manitoba’s goals are to be able to assist
individuals with Cerebral Palsy and families affected by Cerebral palsy.
Thank you to all who participated, all those who donated to the riders and
Local 867 for their support of this very fine charitable event. 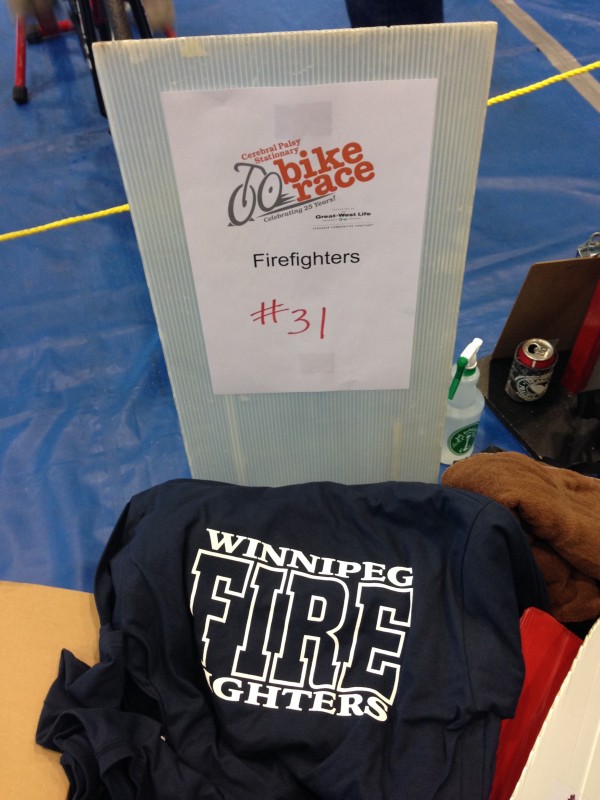 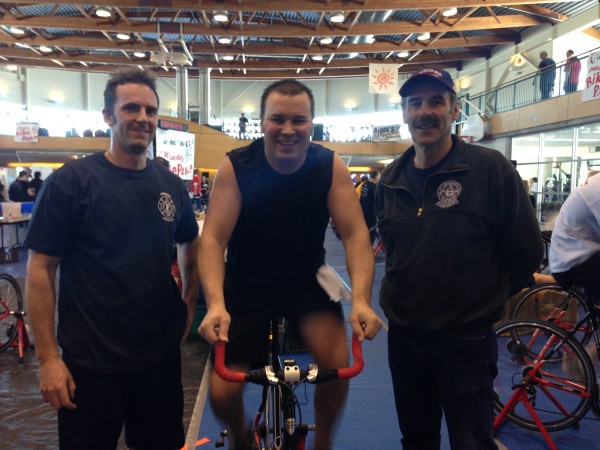 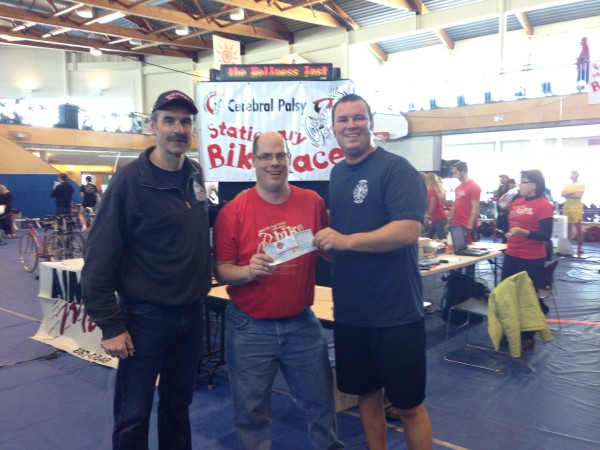 Jeff Bruce looks on as UFFW Treasurer Tom Bilous hands a cheque for $1000 to Dave Kron, President of the Cerebral Palsy Association of Manitoba